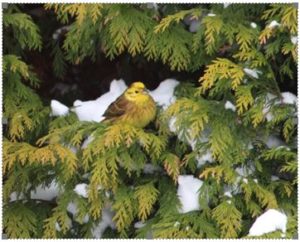 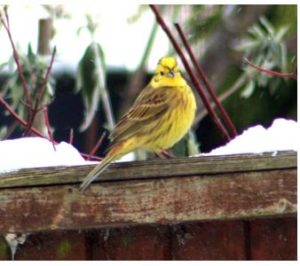 When walking around the lanes of Stonnall in early spring the Blackthorn bush (Prunus spinosa) commonly called the Sloe bush, its flowers arriving before the leaves, is always a delight. It is a great source of nectar and pollen for bees in spring and food for the caterpillars of many moths.

This very astute blackbird, a ground feeder, had watched the blue tits and great tits feeding on this luscious source of food and was determined somehow to reach it to feed his young in the nest.  With a combination of ‘jump and fly’ he would get a mouthful each time, drop down to the ground and when his beak was completely full fly away.  He gets my ‘Father of the Year’ award for determination and skill. 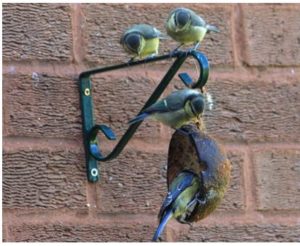 This is a picture and sound that every mother knows “Hurry up Mom, I’m starving.”  We have a blue-tit nest box in a holly tree in our garden and these are only three out of possibly 9 or 10 which fledged this year. Is it any wonder that the mother looked completely wragged at the end but her offspring still come back to feed and we have the pleasure of their company. 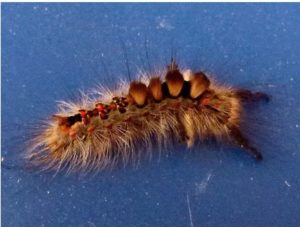 This is the caterpillar of the Vapourer moth found on top of my bin in the garage. It reaches 40 mm and feeds on a wide range of deciduous trees and shrubs.  The moth is seen during June – October and is not nearly as beautiful as the caterpillar. 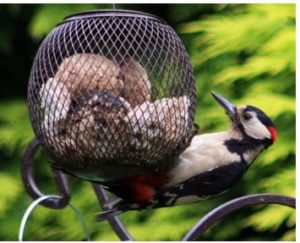 The Great Spotted Woodpecker feeds on a regular basis in my garden.  He will stay for quite long periods-sometimes as long as 10 minutes if not disturbed.  The male has the red patch at the nape and also under the tail. They are as much at home in coniferous woods as in broad-leaved woodlands and tend to feed more in trees and less on the ground but in recent years much to my delight they regularly visit garden bird tables. At one time it was thought that the drumming sound you hear when they are feeding on a dead bough was created vocally but this has now been disproved. 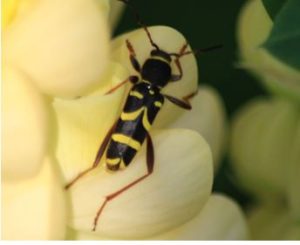 The wasp Beetle is one of our longhorn beetles and although it mimics a wasp it is totally harmless.  It can be found from May to August and is common in England and Wales but scarcer in Scotland.  It often visits flowers for the pollen and nectar and here it is feeding on a lupin. 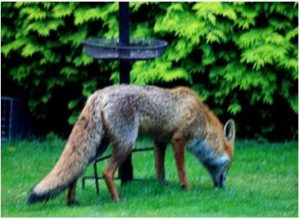 This beautiful Grey Fox has visited my garden twice in the last month.  At first glance I thought it was a Red Fox but it was quite apparent when I noticed the tail.  In a Red Fox the tail is white and with the Greys it is black.  Taken through double glazed windows it is not perfect but you can still see what a magnificent specimen it was. 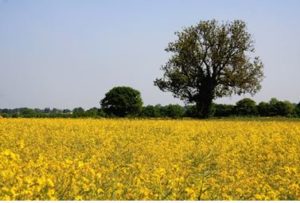 Rape Fields in Cartersfield Lane this year have been colourful but not helpful if you have hay fever as do many people in Stonnall.  Nevertheless this picture will show for the future what farming has become and when the Maize reaches its full size this will be another crop that is controversial for its health hazards.