John Branch – Shenstone My association with Shenstone has been since 1981 and I have been involved in various village activities such as the Shenstone Show and Fun Run, as well as being involved in various sport clubs and Shenstone Playing fields. I started as a football player for Shenstone Pathfinder but dodgy knees and old age means I am now relegated to marking out the pitch on a Saturday morning for others to play!. I still play tennis, but mainly I volunteer at the playing fields. I have also been involved in organising various playing fields events, such as the Pumpkin Parade and opening of the new play area. I decided to become a parish councillor because I wanted to be involved in helping make decisions about the future of Shenstonethrough its neighbourhood plan, as the village has been a big part of my life.
Tel: 01543 480 928         e-mail: <johnbranchwork@gmail.com>
Declaration of interest form – John Branch David Thompson – Shenstone My main priority at the moment is the Shenstone Neighbourhood Plan which covers the environmental, housing, transport and employment issues affecting the village of Shenstone. The Plan seeks to shape and direct future development in the village and was drawn up by a working group of residents following several consultation events in 2013 and 2014. Following submission to Lichfield District Council it has been the subject of further consultation by the District Council in October and November 2015. The District Council will now appoint an Examiner and following receipt of the Examiners findings will hold a referendum in the Spring of 2016 giving Shenstone residents on vote on the Neighbourhood Plan. Proposals are online at www.lichfielddc.gov.uk /Shenstonenp
Tel: 01543 480953 /mob: 07582 603003
e-mail: <davidann.thompson@btopenworld.com>
Declaration of interests form – David Thompson 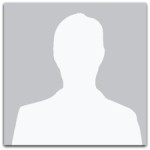 Neil Perry – Shenstone I have lived in Shenstone since 1987, with my wife, bringing up two 2 children. I am a local Driving Instructor working predominately in the Lichfield area. I have a keen interest in motoring matters and transport issues including road infrastructure.
Tel: 01543 481 947 (Office)
Declaration of interests form – Neil Perry 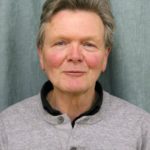 Stuart Jones – Shenstone I am a retired teacher and a father to two girls and five grandchildren, all of whom live locally. I have lived in Shenstone for 25 years. Having never settled prior to this for longer than two years, it says something about what I think about living here. I enjoy gardening and have quite a large plot and an allotment in Stonnall. In addition to being a member of the Parish Council I also keep myself busy volunteering as a barista in our community library; I’m a member of Community Speedwatch; I’m involved in keeping the Lammas land tidy and I also serve on a fostering agency panel and within a local charity. I am a member of the Shenstone Community Library Local History Group and am particularly involved in developing a Heritage Trail around Shenstone.
Tel: 01543 480 480  mob: 07541089990
e-mail: <59stuartjones@gmail.com>
Declaration of interests form – Stuart Jones 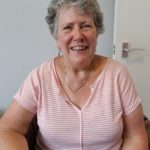 Lesley Edgley – Shenstone
Shenstone has been my home for 25 years, following a life time in Sutton Coldfield and I love it!!
Until about six years ago I worked for HSBC in Birmingham and in 2012 I  had the opportunity to retire.  My very elderly parents were still here at that time and I was gratefully that it allowed me to visit and support them more.  Since that time I have enjoyed the freedom of  retirement offered me, it was great not getting up before dawn to travel to work, eat when I wanted, go out when I wanted and not report to anyone.
The point at which I thought I should contribute to Shenstone started with the planning and commissioning of the Village Plan. It was of great interest to me and I realised the amount of work that had gone into it preparation.
I began to take more interest in my home village and realised that “things” don’t happen but need the involvement of the local people. I never had the time to take in just how lucky we are in Shenstone with the number of halls, the number of associations and clubs are able to join and use. All done by volunteers.  Our local library is one of the big success stories. When I thought about becoming a local Councillor, I began to understand the other parishes and what they had to offer too. I think we are very lucky to live where we do.
I am a bit of a slow burner when I have to think things out, it may take me a while!!  But I know that my strengths are tenacity, a good dose of common sense and people skills.  Hopefully I will be able to put these to good use for the benefit of the whole of the Shenstone Parish Council area.
Tel: 01543 481 861
email: <Annieoakley679@gmail.com>
Declaration of interests form – Lesley Edgley 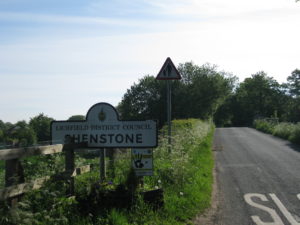 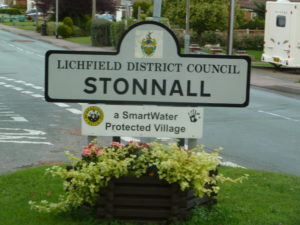 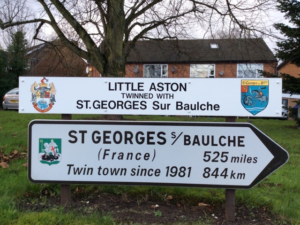